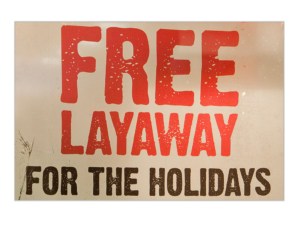 Anonymous donations have paid off $70,000 in layaway purchases at two Walmart stores in Alabama.

It’s unclear whether the same person was responsible for both donations.

Customers who arrived to pick up layaway items on Monday got a note that says: “God loves you. Jesus paid the price.”