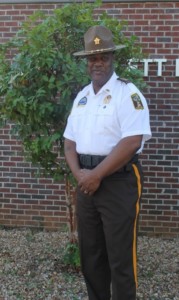 Ivey appointed Christopher West Friday. West is the former chief deputy of the Lowndes County Sheriff’s Office, and currently works at the Fort Deposit Police Department as the administrative assistant to the police chief.

West’s appointment comes after “Big John” Williams was shot and killed in the line of duty at the end of November.