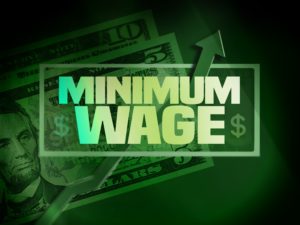 Attorney General Steve Marshall announced Friday that the 11th U.S. Circuit Court of Appeals has ruled in favor of the State of Alabama, deciding that plaintiffs challenging the Alabama Uniform Minimum Wage and Right-to-Work Act lacked standing to file their racial discrimination claim against the Attorney General.

In 2016, the Alabama Legislature passed a law that sets a uniform minimum wage for the state, which means that any local law setting a higher wage is preempted. At least 22 other states have enacted similar laws. But Alabama’s law became the first to be attacked in court as racist. Plaintiffs argued that this legislation was an attempt to “perpetuate … political white supremacy” because (1) it preempted a Birmingham ordinance that had set a higher minimum wage, (2) Birmingham is majority-black, and (3) white legislators voted for the law while black legislators opposed it.

The federal district court dismissed the suit, but a three-judge panel of the 11th Circuit reversed, holding that plaintiffs’ racial discrimination claims could move forward. The Attorney General then asked the entire twelve-judge 11th Circuit to rehear the case, and the court agreed.

A copy of the 11th Circuit Court ruling is linked here.