UPDATE: The second suspect wanted in connection to a bank robbery in Dozier has been captured.

According to Crenshaw County Chief Deputy Joey Dickey, the second suspect has been identified as Kendrick Flynn. Flynn was captured by the U.S. Marshals in Montgomery on Friday morning.

Flynn was identified as a suspect after The First National Bank in Dozier was robbed on Dec. 11. Jamie Joshunta Ryans, 25, was captured not long after the robbery. A manhunt ensued into the night for a second suspect. Eleven law enforcement agencies were involved, including a K-9 tracking team from DOC.  The search was eventually called off.

According to investigators, the suspects got away with $5,000 but deputies were able to recover most of the money stolen from the bank. 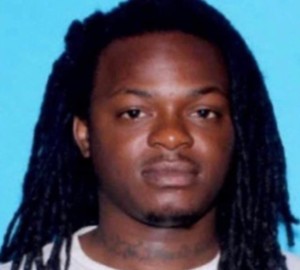 UPDATE: One suspect is in custody. The captured suspect is identified as 25-year-old Jamie Joshunta Ryans. Police are still searching for a second suspect wanted in connection to a bank robbery in Dozier. Alabama State Troopers are assisting in the search.

A manhunt is underway in Crenshaw County for two suspects after the First National Bank in Dozier was robbed Wednesday afternoon.

According to Crenshaw County Chief Deputy Joey Dickey, deputies pitted a suspect’s vehicle just north of Brantley on Highway 331. Officers have closed off an area north of the city limits and are hunting for a suspect on foot. Dickey says the state helicopter and Alabama Department of Corrections search dogs have been called in to assist with the search. The suspects are considered armed and dangerous.

Alabama News Network has a crew en route. Check back for updates on this story as it develops.