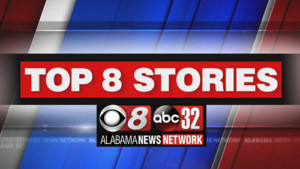 As 2019 draws to a close, Alabama News Network has chosen the top eight local news stories of the year. It’s a tradition we bring you at the end of each year.

There were many major news stories in 2019. Some of them were especially bad. But we had our share of good news as well.

We don’t attempt to rank the stories, because they’re all important.