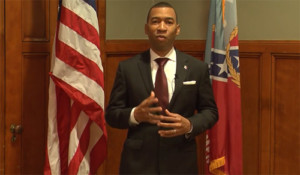 Montgomery Mayor Steven Reed has issued the following address to the city as we ring in 2020.

This year, Mayor Reed became the first black mayor in the city’s history. His election was one of the Top 8 Local Stories of the year and was the subject of our Alabama News Network special, Reed Makes History.

His election also marked a generational change, as he is about 30 years younger than former mayor Todd Strange.

Watch the video below to see the Mayor’s message of hope and limitless potential as Mayor Reed begins his first calendar year in office: