On Saturday, agents with the Alabama Department of Corrections’ Investigations and Intelligence Division arrested multiple individuals on drug-related crimes during visitation at Elmore Correctional Facility.

While conducting routine vehicle searches, detection canines alerted on three vehicles and a subsequent search uncovered narcotics in each vehicle. 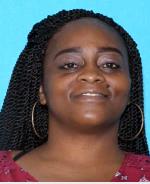 Norman Mangione, 67, of Sylacauga, was arrested and charged with unlawful possession of marijuana after correctional officers searched and found marijuana in Mangione’s pocket during a pre-visitation pat search. 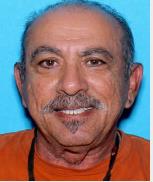 All four individuals were taken to Elmore County Jail following their arrests.

The ADOC is committed to reducing illegal contraband by routinely providing a detection canine presence during visitations and shift changes, and conducting thorough pat searches on all visitors and staff who enter the facility. This year, the Department will focus on increasing correctional staffing as well as various other initiatives to combat contraband inside its institutions.

The Latest: Thailand to allow entry of 3K foreign teachers

The Latest: Women's Rugby Europe tourney to end in October