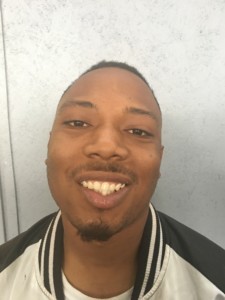 On January 10, around 10:00 AM, the Tuskegee Police Department Investigation Division made a second arrest in reference to the murder of Qundravious Ferguson. Ferguson was injured during a shooting on December 8, 2019. He later died from his injuries on January 8.

Trenton Daniel, 26, was arrested for the alleged involvement with the shooting.
in reference to the murder of Qundravious Fergerson.

The Tuskegee Police Department would like to thank the following agencies for their assistance: U.S. Marshal Service, ALEA, and Macon County Sheriff Office.

Daniel also was arrested for an outstanding warrant for Possession of Marijuana 1st. Daniel was transported to the Macon County Detention Facility.

This investigation is still ongoing and if anyone has any information please contact the Tuskegee Police Department Secret Witness Line at 334-727-9865 or Central Alabama Crime Stoppers at 334-215-STOP.