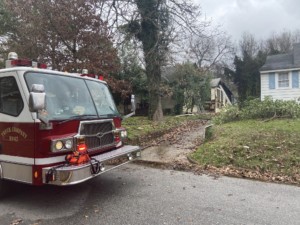 It was later determined that the house was vacant and neighbors confirmed no one lived there.

There were no injuries in this case. The cause is still under investigation.