A Montgomery City Councilman is pushing for neighborhoods in his district to invest in security cameras to help fight crime. 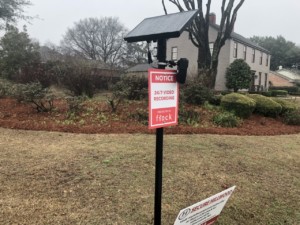 District 7 Councilman Clay McInnis says these cameras are like ring door bell cameras, except for neighborhoods.   His goal is to have 30 cameras installed in his district by the end of the year.

The Hillwood neighborhood off Vaughn Road already has seven cameras installed and paid for by the Homeowner’s Association.  They take a picture of every car license plate that enters the neighborhood, and they run the plate through the national warrant list and alert police if there’s a hit.  McInnis says he will use his district funds to pay for the first year of camera costs for neighborhoods in his district.

“I really do believe that this is going to change the way that we police and that it’s also going to have a sense of security for the residents in District 7,” McInnis explained.

The cameras are also synced to the city’s Star Watch network, giving Montgomery Police access to the feed as well.  If you would like to contact your City Council representative about these cameras, click here. 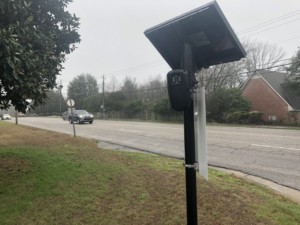 Montgomery Man Dies in House Fire, Making It the Fourth Fire Fatality of The Year