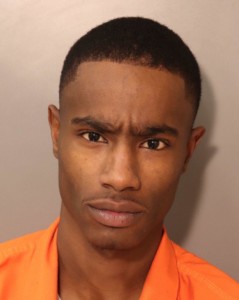 Montgomery police have charged Lakeylea Jackson, 23, with two counts of first –degree robbery in connection to the robbery of two persons on January 9 around 9:30 p.m.. The robbery happened in the 3600 block of Eastern Boulevard.

The adult male and female victims say they were robbed at gunpoint of cash. They were not injured.

Further investigation identified Jackson as the suspect. He was taken into custody Monday by the U.S. Marshals Task Force and charged.