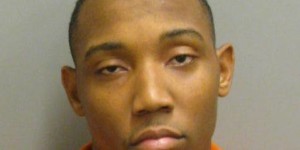 A former Montgomery police officer finds himself on the other side of the law.

A jury found Stevie Rodgers guilty of enticing a child for immoral purposes. District Attorney Darryl Bailey says Rodgers was on duty when he made sexually explicit remarks to a 15 year old girl after he ordered her into an empty home.

He then asked the girl for sexual acts and gave her his phone number and told her to call him if she wanted to have sex.

Robert testified at trial that he was mentoring the teen as an officer, telling the jury that he was merely trying to “stoop” to her level and talk to her in a way she would understand.” Rodgers faces up to 10 years in prison if convicted.

He will be sentenced on February 20th.