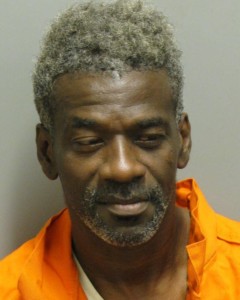 Montgomery Police Department has charged Terris Jackson, 52, with one count each of third-degree robbery and attempting to elude. The charges stem from a theft that occurred on Jan. 20 at about 8 a.m. in the 100 block of W. Hannon Street.

The adult female victim advised that she confronted the suspect stealing items from her shed when the suspect pushed her to the ground and fled with assorted items. The victim was not injured.

MPD patrol took the suspect, Jackson, into custody shortly after the offense occurred following a brief foot pursuit and charged him with robbery and attempting to elude.

Following his arrest, Jackson was also identified as the suspect in a residential burglary that occurred on Jan. 13 at about 9 a.m. in the 3100 block of LeBron Road. The adult male victim advised that an unknown subject entered his residence and stole assorted property.