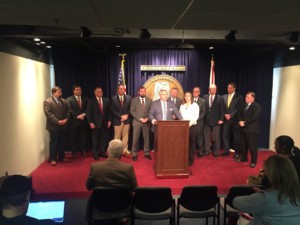 A mother is advocating for change to prevent another violent crime.

Aniah Blanchard’s mother Angela Harris joined state representatives Wednesday
to introduce a proposed amendment that would deny bail to those considered a threat to society.

“This is my fight; my fight for Aniah and fight for everybody that nothing like this happens to anybody else again,” Harris said.  “This is a must. We have to have to have this law.”

Representative Chip Brown (R- Mobile) is introducing an amendment proposal called Aniahs Bill. It’s one that would give judges a broader discretion in denying bail for those considered to be a threat the public, to themselves, or pose a flight risk.

Under current Alabama law, someone can be denied bond only if charged with capital crimes.

“So this would broaden that and hopefully prevent tragedies like the one that recently occurred with Mrs. Harris’ daughter Aniah.”

Yazeed was arrested in March 2019, roughly 7 months before Aniah Blanchard’s disappearance, on charges including first-degree kidnapping, robbery, attempted murder and possession of marijuana.  He was released on bond despite his lengthy criminal record.

“So it just means everything to me and I know Aniah’s looking down and she’s very proud right now of the people that are fighting,” Harris said.

A similar bill passed the House in 2019 but stalled in the Senate…
Brown says he is pre-filing Aniah’s Bill on the first day of the 2020 legislative session- which is February 4th.

If the proposed amendment passes, the bill would be on the November ballot to be voted on by Alabama residents. 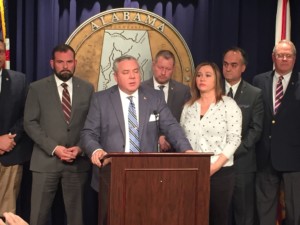