An electrical problem at the Dallas County Jail is causing some major complications with some day to day activities at the facility.

Sheriff Mike Granthum says the electrical system that remotely opens and closes cell doors at the jail began malfunctioning about two weeks ago.

“It could have been bad,” said Granthum.

“We went there about 10 or 15 minutes — that we really didn’t know what was going on. We just knew the doors were opening. Then once we got down to the electrical boxes, we saw smoke and sparks emitting from the power boxes. So we know we had a big problem.” 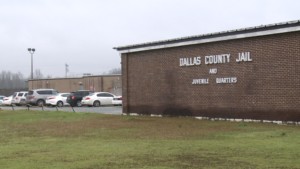 Granthum says there was never any danger of inmates escaping and the safety of the public was never at risk.

“The problem it can cause, of course, is safety for the officers. And we also have to provide safety for the inmates. It can cause problems because there’s enemies, there’s different gangs in there,” he said.

Granthum says contractors were able to bypass the electrical system. So now his officers have to open and close jail cells manually.

“We are actually using cell block keys now to open it, instead of electronically rolling them,” said Granthum.

“It takes a little longer to feed the inmates and so forth, but we’re on what we call a light lock down. They are still allowed to do their religious preference and stuff like that but we’re not allowing anybody from the outside to come in — due to the fact that we don’t want to cause any type of security problem.”

Granthum says the Dallas County Commission has issued a declaration of emergency — to speed up the process of getting the electrical system fixed.