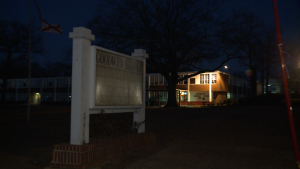 Attorney General Steve Marshall announced the conviction of Tiffany Franklin, 39, of Montgomery, a former bookkeeper at Goodwyn Middle School in Montgomery, on Thursday. She was convicted of first-degree theft of property.

On January 21, Franklin pleaded guilty to first-degree theft of property for using her position as bookkeeper to steal $13,216 belonging to Goodwyn Middle School.  In her plea agreement, Franklin admitted that between September 2017 and June 2018, she utilized four schemes to accomplish her theft: 1) She exchanged cash belonging to the school for checks drawn on her personal bank account knowing there was insufficient funds to cover those checks; 2) She stole cash collected by the school for admission to athletic events; 3) She stole money collected by teachers; and 4) She stole money used to make change for the gate and concession stand at various athletic events.

Presiding Judge Johnny Hardwick scheduled Franklin’s sentencing for March 26.  First-degree theft of property is a class B felony; therefore, Franklin faces a maximum penalty of 20 years of imprisonment and a $30,000 fine.

“Theft from anyone is troubling but a public employee’s theft from a school is particularly contemptible,” said Attorney General Marshall.  “Mrs. Franklin’s conviction should send a clear message that theft from our schools will not be tolerated.”

Attorney General Marshall thanked the Department of Examiners of Public Accounts for its investigative assistance in this case. He commended Assistant Attorneys General Jasper Roberts and Kyle Beckman as well as Special Agents of the Attorney General’s Special Prosecutions Division for their outstanding work to achieve this conviction.

The Latest: New Zealand to charge patient who went shopping