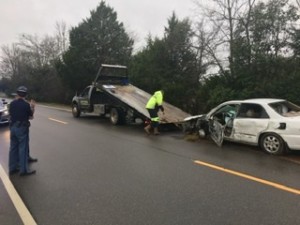 A Montgomery Public School bus was involved in a crash in Pike Road Friday morning, confirmed by the the Montgomery County Sheriff’s Office .

Officials say the bus was in an accident with at least one other vehicle at the intersection of Pike Road and Flinn Road,  near the Pike Road Historical School.

There were no major injuries reported however, one child on the bus was released to their guardian. Captain Trent Beasley of the sheriff’s office said the boy hit his head, but his injury is not serious.