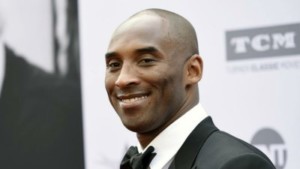 In this June 9, 2016, file photo, retired NBA basketball player Kobe Bryant poses at the 2016 AFI Life Achievement Award Gala Tribute to John Williams in Los Angeles. Bryant came through with an assist for some high school students in Indiana by retweeting one student’s request on May 18, 2017, to get them out of a final exam. (Photo by Chris Pizzello/Invision/AP, File)

Kobe Bryant’s death made a particularly strong impact in the Italian town of Rieti. It’s a city already familiar with losing a basketball hero.

Kobe’s father Joe made his Italian basketball debut in 1984 in Rieti when Kobe was 6. Another American player named Willie Sojourner spent six successful seasons with Rieti beginning in 1976 but then died in a car crash in the city in 2005 after returning to coach the club’s youth team.

Rieti president Giuseppe Cattani says “it’s tragic when you lose these champions. It felt like we lost a family member last night. The entire city.”