Once again, the college football season will begin in the Capital City.

Central Arkansas and Austin Peay will meet in the 2020 Guardian Credit Union FCS Kickoff at historic Cramton Bowl on Saturday, Aug. 29. The kickoff time and television network, along with ticket information, will be announced at a later date.

Central Arkansas was scheduled to host Austin Peay on Saturday, Sept. 19, but the two schools agreed to move the game to the season-opening FCS Kickoff.

“We are excited to be selected to participate in the Guardian Credit Union FCS Kickoff,” Central Arkansas Director of Athletics Dr. Brad Teague said. “To be the only game on TV at that time will showcase our great university and athletics program. We are proud that the University of Central Arkansas will be represented in a national game. This is an opportunity that presents itself infrequently and we do not take that lightly. We want to make sure this game day is a special day for our Bear Nation.”

“The Governors could not be more excited to participate in the Guardian Credit Union FCS Kickoff,” Austin Peay Director of Athletics Gerald Harrison said. “This game provides us another opportunity to display the Austin Peay spirit on the national stage. I know our student athletes and all of Stacheville will enjoy the southern hospitality provided by the great folks in the City of Montgomery. Many thanks to Johnny Williams, the selection committee, and ESPN for this gargantuan opportunity.” 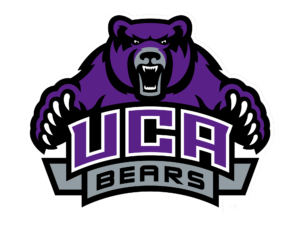 Central Arkansas (9-4) won the 2019 Southland Conference Championship and advanced to the FCS Playoffs. The Bears lost to Illinois State 24-14 in the second round.

“This is a big deal for not only UCA football and athletics but the university as a whole,” Central Arkansas head coach Nathan Brown said. “To be asked to play in the Week Zero FCS kickoff game is a true honor and shows the respect that our football program has across the nation. We will be one of the only games that weekend and to be featured on ESPN is a big deal not only for our current players and coaches but also for future recruits and a way to spread our national brand. We are humbled and excited to be presented with this opportunity and plan to put our best foot forward to represent Bear Nation in a positive light nationally.” 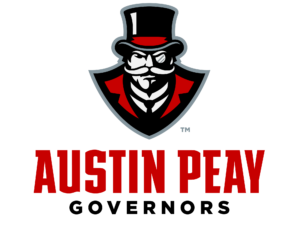 Austin Peay (11-4) won the 2019 Ohio Valley Conference Championship and advanced to the FCS quarterfinals. The Governors opened their playoff run with a 42-6 home win over No. 16 Furman. One week later, APSU posted a 42-28 win at No. 3 Sacramento State. APSU suffered a 24-10 loss at No. 10 Montana State to end the season.

“It is an honor to accept the invitation to play in the Guardian Credit Union FCS Kickoff Classic in Montgomery and represent Austin Peay,” head coach Mark Hudspeth said. “Our team is honored to be one of only two teams selected to play in Week Zero. We look forward to the opportunity to open the season on ESPN and showcase our program, our university and the city of Clarksville.”

Hudspeth has ties to the state of Alabama. He is the former head coach at North Alabama, where he compiled a 66-21 record in seven seasons in Florence. He led UNA to two Gulf South Conference Championships and three trips to the NCAA Division II Playoffs. Hudspeth also spent three seasons as assistant coach at Central Arkansas, where he was a graduate assistant in 1992-93 and defensive backs coach in 1998.

The FCS Kickoff is in its seventh year overall.  The event began in 2014 when Eastern Washington defeated Sam Houston State 56-35 at Roos Field in Cheney, Wash.  In 2015, Montana knocked off defending FCS champion North Dakota State 38-35 at Grizzly Stadium in Missoula.  In 2016, North Dakota State defeated Charleston Southern 24-17 at the Fargodome in Fargo, N.D.