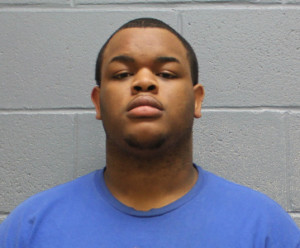 On July 30, 2019, the Lee County Sheriff’s Office began an investigation into allegations of a sexual assault that occurred against a 10-year-old female in Beauregard. Jeremiah Terrell Wagner, 18, of Beauregard was developed as a suspect.

A search warrant was obtained for Wagner’s DNA and submitted to the Alabama Department of Forensic Sciences for analysis and comparison with evidence obtained from the victim.

Investigator’s received an analysis report from the Alabama Department of Forensic Sciences confirming a match of Wagner’s DNA with evidence obtained from the victim.

On January 31, Wagner was arrested and charged with 1 count of 1st degree Rape, 1 count of 2nd degree possession of Marijuana and 1 count of possession of drug paraphernalia. He is being held in the Lee County jail on a $102,000 bond.