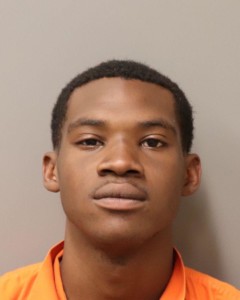 The Montgomery Police Department has arrested a suspect in the January shooting death of Tametrius Richards, 25, of Montgomery.

MPD charged Anthony Stoddard, 26, of Montgomery with murder. Stoddard was taken into custody Thursday, February 6 by the U.S. Marshals Fugitive Task Force and placed in the Montgomery County Detention Facility.

On Friday, January 17, around 9:15 p.m., MPD and Fire Medics responded to the 4200 block of Mobile Highway in reference to a subject shot. At the scene, they located Richards who had sustained a life-threatening gunshot wound and was transported to a local hospital. He later died from his injuries.

MPD’s investigation indicates that the shooting stemmed from a verbal altercation that escalated to a shooting. Further investigation identified Stoddard as the suspect.