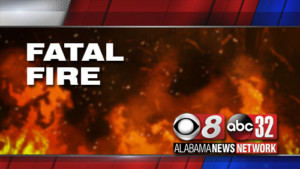 Montgomery Fire/Rescue is reporting the city‘s first fire fatality of 2020.

Fire officials say the victim was a 67-year-old man who died of injuries in a house fire in the 4000 block of Ardmore Drive early this morning.

When fire units arrived at the fire at around 1 a.m., they say they found the one-story house with extensive flames showing from the roof. They got reports that someone might be inside the home.

They found the man inside. They say he died before they could get him out.

The man’s name hasn’t been released.

The cause of the fire is currently under investigation.