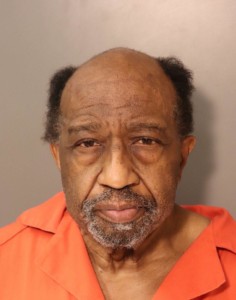 Montgomery police charged Sheppard Thomas, 67, with three counts of attempting to commit murder in reference to a disturbance that occurred on February 9 around 9 p.m. in the 400 block of Airbase Boulevard.

The suspect fired at the three responding officers then retreated into his room. After several hours of negotiation, Thomas was taken into custody without further incident. There were no injuries.

Thomas was charged Monday following his release from a local hospital.