Sons of 2014 Murder Victim Speak Out in Selma

Two convictions and two life sentences — have brought a 2014 murder case to a close in Selma. Now the victim’s two sons — are speaking out.

Orlando Robinson Jr — and his brother Kenneth — say they can finally move on with the healing process — now that the men responsible for killing their father — are on their way to prison.

“Justice was served,” said Robinson, Jr. “It’s been really hard, not just for me but for the family.”

“Sometime I wanted to break down,” said Kenneth. “But I had to be strong for my family, also my brother. It’s just been rough man, a rough six years.”

The Robinson brothers’ father, Orlando Sr, was shot and robbed at Cheer’s Package Store in Selma back in 2014 — over $43 dollars. 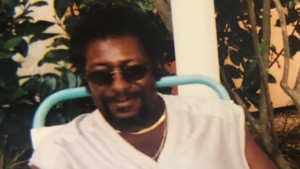 “These two guys came in. They ended up following him out and they robbed him and killed him,”said Jackson.

The store’s surveillance system captured the whole thing on video. Robinson died later at the hospital.
He was 62 years old.

“He was a good man, he always been a good friend to me and also a good father. It’s been really, hard you know.”

Twenty seven year old Maurice Pope of Selma was convicted of capital murder last week. He was sentenced to life without parole.

“But the verdict will not take back, no, what happened,”said Kenneth.

“But the only thing we can do is just try to go on further and try to keep on with the healing process.”

The brothers say although justice has been served in the case — it doesn’t erase the pain — of losing their father.