Gov. Ivey Awards Grant to Montgomery That Will Purchase Equipment to Detect Gunfire 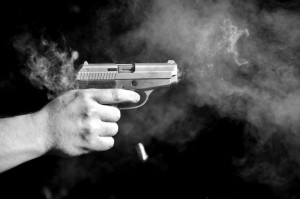 Funds from the Project Safe Neighborhoods program were awarded to the cities of Montgomery, Mobile, Summerdale and Satsuma and the counties of Mobile and Montgomery as well as the Alabama Bureau of Pardons and Paroles.

Gov. Ivey awarded an additional $300,000 in Project Safe Neighborhood grants in January to cities and counties in Jefferson, Madison and Calhoun counties.

The program is designed to boost the ability of local law enforcement agencies and others within the targeted communities to reduce crime using local initiatives.

“Everyone deserves to live in a neighborhood where they do not fear for the safety of themselves, their loved ones and their neighbors,” Gov. Ivey said. “I am hopeful that Project Safe Neighborhoods will help us improve safety in our communities.”

Project Safe Neighborhoods is a nationwide program that brings together community leaders, law enforcement and judicial officers, elected leaders and others to examine crime issues and work to develop solutions.

The Alabama Department of Economic and Community Affairs is administering the grants from funds made available to the state from the U.S. Department of Justice.

Mobile County- $28,105 to initiate a program to reduce jail overcrowding through monitoring of pre-trial defendants.

City of Satsuma – $19,000 to upgrade radar and other detection equipment.

Town of Summerdale – $30,000 to provide police equipment needed to respond to violent situations.

City of Montgomery – $29,572 to purchase equipment that can detect gunfire locations resulting in the ability to arrest violators.

Alabama Bureau of Pardons and Paroles – $30,000 to collaborate with the Montgomery City Police Department and Montgomery County Sheriff’s Office in a prevention and re-entry program aimed at reducing violent crimes.