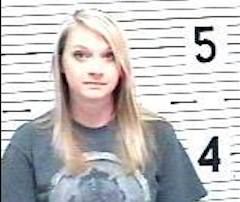 Jurors in Lawrence County have acquitted a former middle school teacher who was charged with having sex with a student. The 11-man, one-woman jury returned the verdict in favor of 30-year-old Taylor Brooks Boyles of Moulton on Thursday.

A former student testified the two had sex twice in 2017, and jurors saw a videotape in which Boyles told authorities said she had sex with the high school senior. But the defense argued that Boyle was confused and under stress when she made those statements.

Administrators fired Boyles the same day she was arrested three years ago.

She sobbed with joy at the verdict.

The Latest: More restrictions in store for hard-hit Madrid