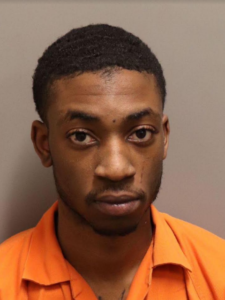 Montgomery police charged Caleb Provitt, 24, with domestic violence strangulation and child abuse in reference to a domestic dispute that occurred on Feb. 14 shortly after midnight in the 6000 block of Monticello Drive.

The adult female victim says that during a physical altercation she was choked and bitten by her boyfriend, Provitt. She sustained minor injuries.

Provitt was present on the scene and as officers attempted to take him into custody he picked up his 6 month old child in an attempt to shield himself from arrest. The child was not injured and Provitt was ultimately taken into custody without further incident.

Provitt is employed as a corrections officer with the Montgomery Municipal Jail. Provitt has been placed on administrative leave pending the outcome of the investigation.