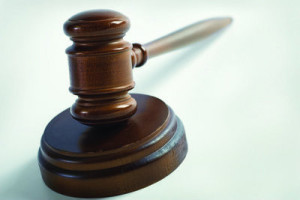 On February 12, Diamond Markayla Mathis, 24, of Montgomery, was sentenced to 132 months in federal prison for her role in committing multiple armed robberies and violating federal firearms laws, announced U.S. Attorney Louis V. Franklin, Sr., FBI Special Agent in Charge James Jewell, and Montgomery Police Chief Ernest Finley.  Following her 11-year prison sentence, Mathis will be on supervised release for three years.  She was also ordered to pay $6,975 in restitution to the victims.

Mathis had previously pleaded guilty in November 2019 to taking part in a string of armed robberies that occurred in October 2016 with co-defendant, DeGregory Deon Lee, 24, also from Montgomery.  According to court documents, their crime spree took place from October 24, 2016 until October 31, 2016, and included the robberies of ten Montgomery businesses.  However, evidence indicates that Mathis only participated in six of those crimes.  The robberies involving Mathis include:

A firearm was used during each of the robberies and, on a least one occasion, Mathis used pepper spray against an employee.  Evidence also indicated that she threatened some of the victims with a knife, and during the Alabama Hotel robbery, Mathis struck an employee with a can of pepper spray causing injury.

Lee’s sentencing hearing will take place at a later date.  At sentencing, he will be facing up to 20 years in prison for participating in the robberies listed above, along with two that took place on October 26, 2016, and two on October 31, 2016.

“For too long, violent crime has plagued our communities,” stated U.S. Attorney Franklin.  “Regardless of whether a person is walking down the street or working to make a living—like the victims in this case—everyone should feel safe in their daily activities.  I hope that this case serves as a reminder that there are severe consequences for injecting fear and violence into the daily lives of members of our community.”

FBI SAC James Jewell stated, “There is no place in today’s society for violent behavior and reckless disregard for human life. The men and women of the FBI work day in and day out with our state, local, and federal partners to see that justice is served upon predators such as these.”