There’s a project underway in Selma to expand the Selma Interpretive Center. to make it even bigger and better.

The National Park Service is coordinating with the city of Selma to expand the facility. 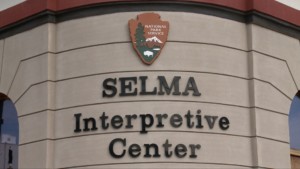 The Selma Interpretive Center tells the story of the Selma Voting Rights Movement and the people who made it happen.

The expansion will include new exhibits — a new state of the art 100-seat theater — and a new film.

“About all the great people who have served,” said NPS Park Ranger Trini Moye.

“Those who have sacrificed and made selfless service to the entire movement, voting rights movement here in Selma and beyond.”

In addition, the expansion project will also feature structural improvements to the building.

City officials say above all, the expansion will enhance the experience of tourists who visit the city.