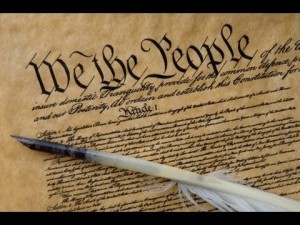 Alabama, Louisiana, Nebraska, South Dakota and Tennessee have filed a motion to intervene in litigation over whether the Equal Rights Amendment (ERA) can be slipped into the Constitution more than 40 years after the proposed amendment expired without the support needed to ratify it.

In December 2019, Alabama, Louisiana and South Dakota filed a lawsuit in federal court against the Archivist of the United States — the federal officer who oversees the ratification process for constitutional amendments — seeking to prevent him from illegally adding the long-failed ERA to the U.S. Constitution.

The following month, the U.S. Department of Justice’s Office of Legal Counsel issued a detailed formal opinion agreeing with Alabama’s principal legal argument that the ERA expired in 1979.

Even so, three states — Illinois, Nevada and Virginia — have now sued the Archivist in federal district court in Washington, D.C., arguing that the ERA should now be ratified.  In their view, even though Congress and the states understood in 1972 that the ERA would expire if 38 states did not ratify by 1979, that deadline is unenforceable.  And even though five of the states needed to reach 38 changed their minds and rescinded their ratifications, those rescissions do not count.

Alabama, Louisiana, Nebraska, South Dakota and Tennessee are intervening in that case to argue that the deadline for ratifying the ERA has long expired.  The intervenor states will also explain why the decisions of the five states that rescinded their ratifications must be given effect.

“In 1972, Congress proposed the ERA to the U.S. Constitution and, critically, imposed a seven-year deadline for the necessary 38 states to approve the amendment,” said Attorney General Marshall.  “After a period of intense national debate, the ERA fell eight states short.  Only 35 states ratified, and five of those states — Idaho, Kentucky, Nebraska, South Dakota and Tennessee—reconsidered and rescinded their ratifications before the deadline.  The seven-year deadline cannot simply be ignored; it was a key part of the bargain between Congress and the states.  And states that chose to rescind their ratifications should not be counted when determining whether enough states agreed to alter our Constitution.

“If this constitutional bait-and-switch is successful, there will be dire consequences for the rule of law. The people had seven years to consider the ERA, and they rejected it.  To sneak it into the Constitution through this illegal process would undermine the very basis for our constitutional order.

“The practical policy impacts of the ERA’s ratification are no less troubling.  While Alabama and its fellow intervenors are firmly committed to equality, the ERA would not promote true equality, but rather a far-left agenda.  In some states that have passed their own state-law versions of the ERA, courts have interpreted them to require taxpayers to fund abortions, to invalidate reasonable restrictions on abortion, and mandate that boys be allowed to compete in sports against girls.  That is why groups like NARAL Pro-Choice America are pushing the ERA, for in their view, the ERA would guarantee a ‘constitutional right to abortion’ and ‘require judges to strike down anti-abortion laws.’

“There are some states who want to advance these policies, and they are free to do so through lawful political processes.  But they are not free to illegally rewrite the Constitution by inserting a provision the American people long ago rejected.

“If activists want a new ERA, they should persuade their fellow Americans that it makes sense, then pass it through Congress and a new state ratification process.  As Justice Ruth Bader Ginsburg — a noted proponent of the ERA — recently stated, the ERA cannot be law unless it is ‘put back in the political hopper and we start over again collecting the necessary states to ratify it.’ Any other route would undermine the rule of law upon which we all depend.”

A copy of the motion to intervene is linked here.

The Latest: Brendon Todd claims a share of PGA lead