The Salvation Army of Montgomery has fallen victim to multiple break-ins since December.  Just in the last two weeks, they’ve had four break-ins. 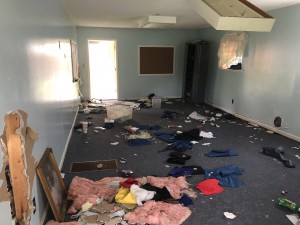 They’re happening at the Salvation Army Church on Highland Avenue.  They’ve had to repair five windows since Christmas.  Lt. Bryan Farrington says they’ve stolen everything from food, to clothing, to arts and craft supplies, even trash cans.

“It’s quite frustrating, you really have to battle internally just to see how much do you keep extending yourself, but we know the need is still there of the greater population, it’s probably just a few people doing it,” Farrington explained.

Lt. Farrington estimates the damage and ongoing repairs will cost around $10,000.  Montgomery Police are investigating and say they’ll be increasing patrols in the area.

The Latest: Pakistan to allow all international flights