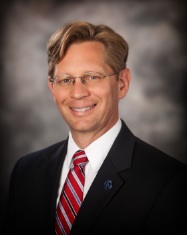 Here are the latest developments in the story that Alabama News Network was first to bring you Sunday.  State School Superintendent Eric Mackey has released a statement following news of an audit of Montgomery Public Schools that shows $700,000 missing.

In part, Mackey says, “Despite the findings already uncovered, we remain cautiously optimistic about the future of MPS finances.”

The Montgomery school system remains under state intervention. Mackey notes that he inherited the intervention when he was named state school superintendent.

“The origin of this intervention was based on the system’s deficiencies in academic progress, safety and financial governance. Over the past two years, MPS has shown significant improvement in their classroom performance and overall local board governance,” he said in his statement.

The audit, which is from Oct. 2017 to Sept. 2018, shows $703,197.66 missing. The audit says letters were sent to current and former employees requesting repayments of the money.

Montgomery County School Board President Clare Weil, who was elected in November 2018, released a statement to Alabama News Network saying, “This happened in 2017-2018. I find this horrible and we have cooperated and tried to make sure this can never happen again by putting in place policies, procedures and training.”