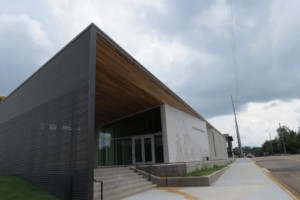 After years of anticipation, the interpretive center located on the campus of Alabama State University will open soon. It’s the third of three centers that line the Selma to Montgomery National Historic Trail.

Alabama State University and the National Parks Service held a press conference to announce the official opening of the Interpretive Center in Montgomery. It will open to the public on March 25 just in time for the 55th anniversary of the Selma to Montgomery March.

After ASU was chosen to be site of the new center, a groundbreaking was held in 2014 and the building completed in 2017.

There were a few setbacks that held up the opening of the center, but that’s all now in the past with the 10,000 square foot building set to open next month.

The center will feature exhibits and educational programs that detail events between March 12 to March 25, 1965, which is when marked concluded their three day, 54 mile long journey from Selma to Montgomery.