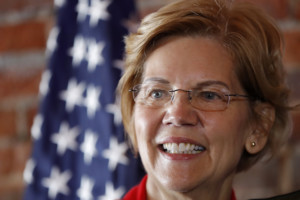 Democratic Presidential Candidate Sen. Elizabeth Warren (D-Massachusetts) is scheduled to be in Selma on Sunday, which will mark the 55th anniversary of Bloody Sunday.

Sanders says the event is the first-ever presidential forum to be held in Selma. He says the forum will be moderated by Joy Reid of MSNBC’s AM Joy and the Rev. Mark Thompson of Make it Plain with Mark Thompson.

As Alabama News Network has reported, Democratic Presidential Candidate and former Vice President Joe Biden is also expected to be in Selma this weekend, as is voting rights activist Stacey Abrams.

Bloody Sunday is part of the annual Bridge Crossing Jubilee in Selma, which remembers the civil rights march from Selma to Montgomery in 1965, in which marchers were met with violence as they attempted to cross the Edmund Pettus Bridge in Selma.

This year’s event happens before the Super Tuesday presidential primaries. Voters in Alabama, 13 other states and American Samoa will go to the polls on that day.