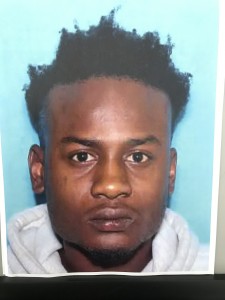 Justin Lawrence is suspected of shooting Tracy Tillman. The shooting happened on Friday, February 21 on Harris Road in the Collirene community in Tyler.

Upon arrival deputies discovered that the victim had been transported to Vaughn Medical Center in Selma. Tillman was then airlifted to Tuscaloosa Regional Hospital to be treated for life-threatening injuries. Tillman is now stable, but still in critical condition.

Lawrence turned himself in around 7 p.m. Monday night.

Another suspect is being sought in reference to this investigation.

Record 16.8 Million in U.S. Have Filed for Unemployment Since Virus Began

State Troopers on Scene of Deadly Wreck in Elmore Co.