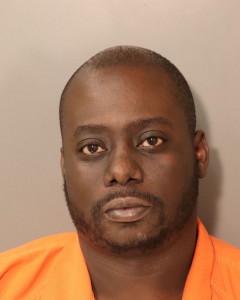 A Montgomery man is now behind bars following a January homicide on Vaughn Road.

Sanders was taken into custody in early February out of state and was extradited back to Montgomery by the U.S. Marshall Fugitive Task Force Wednesday.

Police say shortly after midnight on January 17, MPD and Fire Medics responded to the 2800 block of Vaughn Road in reference to a subject shot. There, they located Ziegler who had sustained a fatal gunshot would. Ziegler was pronounced dead at the scene. Police say the investigation indicates the shooting stemmed from a verbal altercation between Sanders and Ziegler.

Sanders is currently in the Montgomery County Detention Facility.