We’ve all heard the question — If a tree falls in the forest — and there’s no one there to hear it — does it really make a sound?

Well, based on this story — the answer is yes. 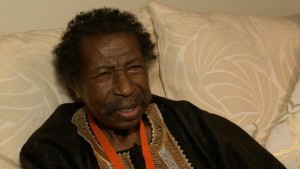 Selma attorney Bruce Boynton is a civil rights pioneer — that most people have never heard of.

In 1958 — Boynton was a passenger on a Trailways bus that made a stop-over in Virginia. He was arrested — jailed — and fined — after he refused to leave a whites-only restaurant.

Boynton filed a lawsuit against the state — that went all the way to the U. S. Supreme Court — and won.

“What the court decided was that I was an interstate commerce passenger and therefore not subject to the laws of the state of Virginia,” said Boynton.

The victory helped to ignite the Freedom Rides and lunch counter sit-ins — of the early 60’s.

Boynton is the son of noted voting right activists — Sam and Amelia Boynton.