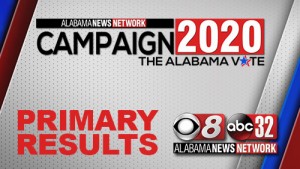 CLICK HERE for complete results from the Super Tuesday primaries in Alabama.

On the ballot were the presidential primaries, plus races for U.S. Senate and the U.S. House. Also on the ballot was the proposal to remake the way Alabama schools are managed, going from an elected state school board to an education commission that would be appointed by the governor and confirmed by the Alabama Senate.

In many counties, there were also primaries for various local races, such as county commission.

Stay with Alabama News Network for election updates on-air, online and on your phone.