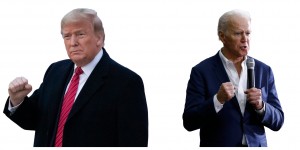 Trump had an insurmountable lead over the only other candidate on the GOP primary ballot, former Massachusetts Gov. William Weld. And Biden carried the state on Super Tuesday after a weekend appearance for an event commemorating the 55th anniversary of “Bloody Sunday” in Selma.

Fourteen Democrats were on the state’s ballot, but the only candidates still in the race were Biden, former New York Mayor Mike Bloomberg, Sens. Bernie Sanders and Elizabeth Warren, and Rep. Tulsi Gabbard.

The Latest: Crowds line streets to pay respects to Philip

Pro days key for NFL hopefuls with no combine this year