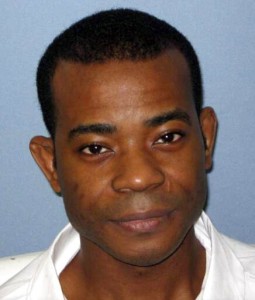 Alabama is set to execute Nathaniel Woods for the murders of three Birmingham police officers who were shot by another man in a hail of gunfire. Martin Luther King III, the son of Rev. Dr. Martin Luther King, Jr., has asked Gov. Kay Ivey to stop the execution.

Woods is scheduled to die by lethal injection tonight unless Ivey or the courts intervene.

MORE ON THE CASE

Woods and Kerry Spencer were sentenced to death in the slaying of the three police officers in 2004. Evidence showed Spencer shot the men.

But prosecutors say Woods helped set an ambush and should die for the killings even though he didn’t pull the trigger. Such convictions are allowed under state law.