Selma University officials want to let people know that the rumor going around that the school is closed —  simply is not true.

After hearing that Selma University had closed — I decided to drop by the campus to check it out for myself. Once there, I found Selma U President Dr. Alvin Cleveland — sitting in his office working.

He told me reports of the school’s demise — are greatly exaggerated.

“It’s still a struggle but we’re not closed” said Cleveland. “We still have classes going on. In fact, we’re getting ready for Founder’s Day which take place on March 21st.” 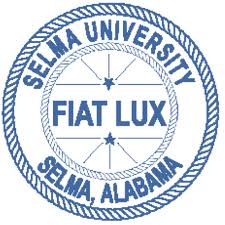 Selma University began a two million dollar fund raising effort back in October — to deal with a financial crisis.

Cleveland says the school is now making monthly payments to satisfy an outstanding debt with the U. S. Dept. Of Education. However, the school is unable to offer financial aid to its students — until the debt has been paid off.

“Most of our students now are students who are seeking to be trained in ministry or Christian education. And so, that is our forte anyway. We’re a bible college. We’ve been training ministers for, every since our beginning, 1878.”

Cleveland says the school is preparing to hold its graduation ceremony — coming up in May. And the school is also vigorously recruiting new students — for the fall semester.

Selma University is one of the oldest HBCUs in the country.

SU’s 142nd Founder’s Day Convocation is April 21st at 11:00 am in the Jemison-Owens Auditorium/Gymnasium. Dr. Julius R. Scruggs will be the Keynote speaker. Scruggs is the Past President of the National Baptist Convention and the President Emeritus of the Alabama State Missionary Baptist Convention.