Granthum says each patrol cars at the sheriff’s department — is now equipped with radar. 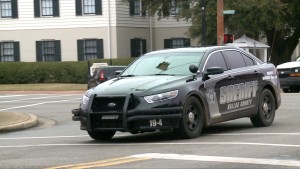 “Which is rare,” said Granthum.

“A lot of sheriff’s departments don’t work traffic. We’re not necessarily out there writing everybody we see a ticket but we use it as a tool. If we can save a life and that’s what intend this to do, that’s our main reason to have them, is to slow people down. Cause speed kills and it’s a proven fact speed kills. And seat belts save lives.”

Granthum says he’s now working to outfit each patrol car in the fleet with an on board computer.

“Our initial purchase was six. We’re in the process of purchasing six more. And it’s a step up. We need them. It really helps investigators do photo line-ups at the crime scene. They’re able to run tags and have 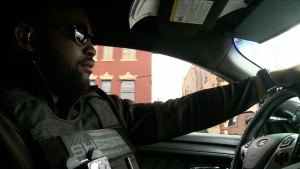 immediate response without it going over the air. Because this day and time you know, people have scanners.”

Granthum says he’s also in the process of equipping patrol cars with dash board — and back seat cameras — that record audio and video.

“We’re going to protect our officers as well as the people in the back seat,” he said.