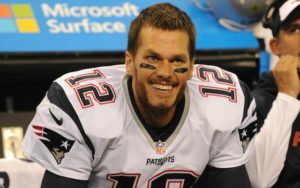 Legendary New England Patriots quarterback Tom Brady used Twitter this morning to announce that he is leaving the NFL team to play somewhere else.

He did not say which team he might join.

Brady, 42, who has six Super Bowl championships, thanked Patriots fans. He was the face of the team for two decades. He is a four-time Super Bowl MVP and three-time NFL MVP.

Contract negotiations between the quarterback and the Patriots  left him without a contract extension. After the Patriots lost in the first round of the playoffs, speculation mounted that Brady might soon leave.

In a statement posted on the Patriots website, the team said that Brady “will become an unrestricted free agent on Wednesday, March 18, concluding his illustrious Patriots career.”

Owner Robert Kraft said he “hoped this day would never come, but rather that Tom would end his remarkable career in a Patriots uniform after yet another Super Bowl championship.”