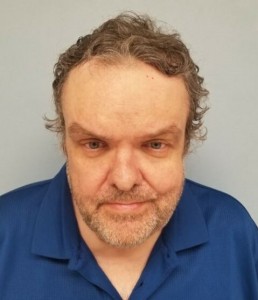 On March 19, Auburn Police arrested William Matthew Carter, 53, from Auburn on warrants charging him with five counts of Possession of Child Pornography.

On May 10, 2019, Blacksburg Police contacted Auburn Detectives after they arrested William Carter, an Auburn resident, on Possession of Child Pornography charges.

The arrest in Virginia prompted an investigation by Auburn Police, resulting in the subsequent search of Carter’s electronic devices located in his Auburn residence and place of employment. Detectives recovered various electronic devices containing numerous images of child pornography, which was verified by the National Center for Missing and Exploited Children to be those of known victims, not from the Auburn area.

Carter was arrested by Blacksburg, Virginia Police, pleaded guilty and has since been incarcerated in the Virginia Department of Corrections. He was released on March 16, and was immediately taken into custody on the outstanding felony warrants in Alabama and held pending an extradition hearing. Carter subsequently waived extradition and was transported back to Alabama and taken into custody by Auburn Police.

Carter was transported to the Lee County Jail where he was being held on a $125,000 bond. Additional charges are anticipated, as this case remains under investigation by the Auburn Police Division and the National Center for Missing and Exploited Children.