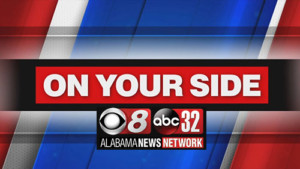 Ford Motor Company has announced that it is issuing a safety recall to fix door latches on some cars. It says some of the cars are registered or have been registered in Alabama.

Ford is recalling some 2014-15 Ford Fiesta, 2014-16 Ford Fusion and 2014-16 Lincoln MKZ vehicles. The company says a piece in the door latch may crack and fail in areas with high air temperatures.

Ford says a latch with the problem often results in a “door will not close” condition. Ford says if a customer is able to latch the door after repeated attempts, there is a potential the door may unlatch while driving, increasing the risk of injury.

Ford says it’s not aware of any reports of accident or injury related to this condition. This action affects 248,912 vehicles in the United States and federal territories, 19,431 in Mexico and four in Canada.

Dealers will remove and replace the side door latches.  Owners will be notified starting May 4.