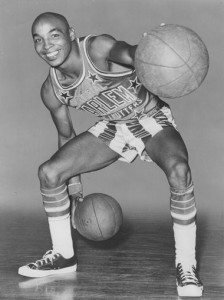 Fred “Curly” Neal, the dribbling wizard who entertained millions with the Harlem Globetrotters for parts of three decades, has died. He was 77.

The Globetrotters announced Neal’s death, but did not provide any other details.

Neal played for the Globetrotters from 1963 to 1985, appearing in more than 6,000 games in 97 countries for the exhibition team known for its combination of comedy and athleticism. He became one of five Globetrotters to have his jersey retired when his No. 22 was lifted to the rafters during a ceremony at Madison Square Garden in 2008.