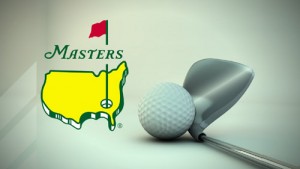 In a joint statement, the PGA Tour, USGA, R&A, PGA of America and Augusta National Golf Club clarified this morning what golf could look like for the rest of this year.

It is hoped that three of the four annual majors will be played with those three shifting to different dates than originally scheduled.

The Masters was supposed to start Thursday in Augusta, Georgia.

Here are the new dates for the biggest events in golf this year.

The Masters has been played 83 times since the inaugural event in 1934 and finished 82 times in April. The only Masters that didn’t was the first one, which ended in late March. The event was canceled from 1943-45 because of World War II.

“I can assure everyone that we have explored every option for playing The Open this year, but it is not going to be possible,” R&A chief Martin Slumbers said.

The PGA Tour does not have any official dates listed for non-majors but will try and fill some of the summer dates left empty by the moving major championships as the coronavirus pandemic allows.

It did announce that the Wyndham Championship and three FedEx Cup Playoffs events have been moved back a week and will end on Labor Day weekend. They will then be followed by the U.S. Open two weeks later.