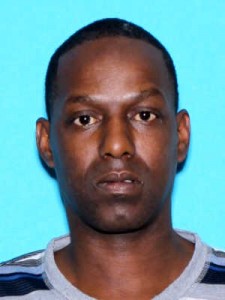 Marshall was wanted for one count of Murder and one count of Attempted Murder. On April 11, the Selma Police Department responded to the 3000 block of Burgandy Avenue about two gunshot victims.

When arriving on the scene, Officers discovered that 2 women one 56 the other 20 had been shot at the residence.
Both victims were transported from the scene and taken to the local hospital for treatment. The 56-year-old female was later pronounced deceased at the local hospital.

Detectives responded to the scene and after further investigating the incident was able to positively identify Melvin Jerome Marshall as the offender. He’s now in the Dallas County Jail awaiting arraignment.