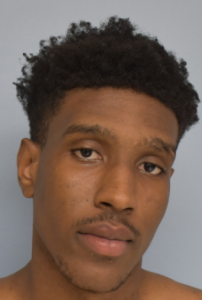 While attempting to stop the vehicle the occupants fled and were apprehended in the area. A handgun was discovered on the 16-year-old’s person. Additionally, the 16-year-old and Norwood were also in possession of a quantity of marijuana.

Norwood was later transported to the Lee County Jail where he was being held on a $6,000 bond. The juveniles were released to their guardians.