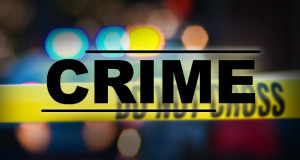 Millbrook police have been investigating a shooting that stemmed from an altercation between two adult males.

On Friday, April 17, at approximately 6:40 PM, Millbrook police officers responded
to multiple 911 calls to the 4200 block of Oak Tree Road with regard to a subject shot.

Upon arrival officers located Ryan Edward Fales, a 43-year-old Millbrook resident, lying in the
roadway, suffering from what appeared to be a single gunshot wound.  Fales was treated at the scene by Millbrook fire rescue personnel and transported to Baptist South Emergency Room in critical condition.

Millbrook police officers were able to make contact with the alleged offender, as he
exited his residence, which was near the scene. The subject, later identified as Angelo Dishon
Myles, a 35-year-old Millbrook resident, was taken into custody without incident. Myles was
transported to the Millbrook Police Department, where he was later placed under arrest being
charged with Attempted Murder.

Myles was placed in the Elmore County Jail, where he remains under no bond. A bond will be determined at such time that an arrest warrant is obtained in this case.